Our research interests lie in the field of soft condensed matter and statistical physics with a focus on structure and ordering transitions in complex many-body systems. Such systems cover simple model systems like equilibrated monodisperse (one-dimensional) hard spheres as well as energy dissipating self-propelled particles that move in strong confinement. The relevant length scales in these systems can bridge several orders of magnitude or even can diverge, as in the case of phase transitions.

Next to computer simulation methods, we particularly exploit the theoretical framework of classical density functional theory (DFT) to predict new physics or explain unanticipated findings. In addition to using already available approaches, we develop improved functionals realizing new ideas to go beyond existing limitations. For verification we test predictions from this bottom-up framework against experimental observations or published data or perform suitable computer simulations using both software packages and self-written codes. The minimization of functionals and particularly the calculation of structural correlations typically needs high performance computations and the development of efficient numerical codes.

In particular, we are excited about studying 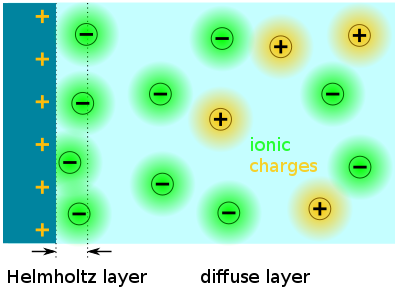 Figure 1. Sketch of an electric double layer (EDL). A positively charged flat electrode is in contact with an electrolyte solution, where the mobile ionic charges arrange themselves to screen the charges on the electrode. One can distinguish between a close layer of counter ions (Helmholtz layer) and a diffuse layer. 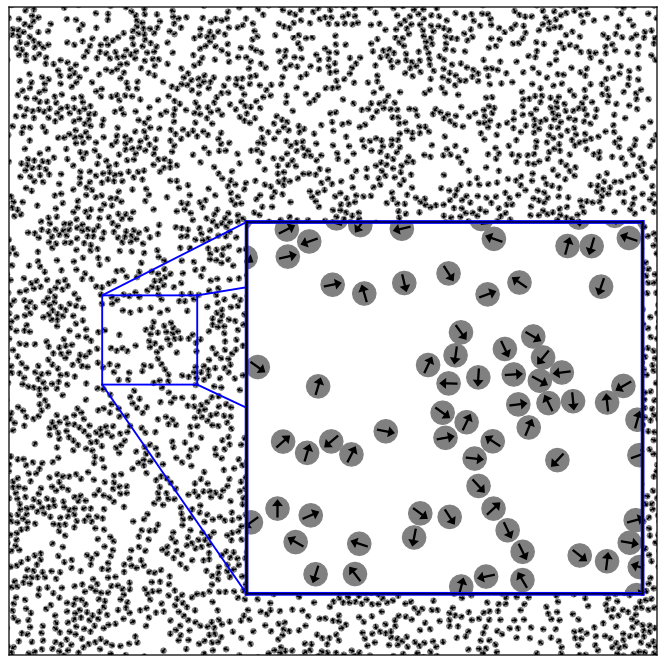 Figure 3. Snapshot of a system of active Brownian disks. The magnification window shows structures that originate form the disk's activity.